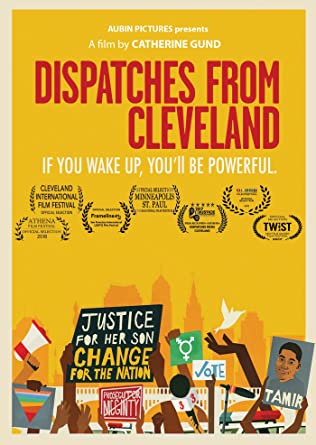 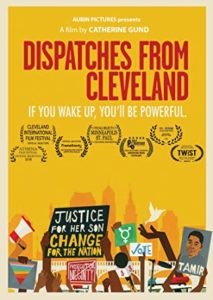 Here is a brief list of free documentaries, lectures, and tv programs about various aspects of racism, policing black communities, and the history of black America.
WHITE FRAGILITY (2018)
Dr. Robin DiAngelo reads from her book White Fragility: Why It’s So Hard for White People to Talk About Racism, explains the phenomenon, and discusses how white people can develop their capacity to engage more constructively across race. (free on Youtube)
EYES ON THE PRIZE (1987)
This comprehensive 14-part television documentary series about the American Civil Rights Movement utilizes rare historical film and interviews with participants from pivotal moments in the struggle for civil rights.
(streaming with free account on Facing History and Ourselves)
PEOPLE AND THE POLICE (1971)
Documents the early, turbulent years of OEO’S experiment in police-community relations in Washington, D.C. (free on Youtube)
SOUL
The pioneering performance/variety television program in the late 1960s and early 1970s produced by New York City NET and PBS. It showcased African American music, dance and literature. (free to watch on Shout Factory)
The Night James Brown Saved Boston
On April 4, 1968, the leader of the nonviolent resistance movement, Martin Luther King, was assassinated in Memphis. On April 5, 1968, James Brown sang, and the city of Boston didn’t burn down.  (free to watch on Shout Factory)
Thulani Davis (1987)
The death of Michael Griffiths and the assault of three other black men in Queens, NY at the hands of a group of white teens sparked community protests throughout New York City and eventually erupted into the media storm that became known as the Howard Beach Incident. (free on Paper Tiger)
LET THE FIRE BURN (2013)
On May 13, 1985, a longtime feud between the city of Philadelphia and controversial radical urban group MOVE came to a deadly climax. By order of local authorities, police dropped military-grade explosives onto a MOVE-occupied rowhouse. (free with library card login on Kanopy)
DISPATCHES FROM CLEVELAND (2017)
Documentary that follows ordinary people – long shaken by police misconduct, social discrimination, and poverty – whose love for their home pushes them to work together to bring about real change.(free with library card login on Kanopy)
PUBLIC HOUSING (1997)
Frederick Wiseman documents daily life at the Ida B. Wells public housing development in Chicago. The film illustrates some of the experiences of people living in conditions of extreme poverty.(free with library card login on Kanopy)
WHOSE STREETS?
An Unflinching Look at the Ferguson Uprising. (free with library card login on Kanopy)
REST IN POWER : The Trayvon Martin Story (2018)
The six-part documentary recounts the life and tragic death of 17-year-old Trayvon Martin in 2012, the polarizing trial of George Zimmerman and the rise of Black Lives Matter.   (free with cable service login or free 24 hour pass account)
STAY WOKE: The Black Lives Matter Movement documentary (2016)
The BET documentary chronicles the evolution of the Black Lives Matter movement through the first person accounts of local activists, protesters, scholars, journalists and others. (free on Youtube)
FRONTLINE : Policing the Police and other Police episodes (2016)
How do you change a troubled police department? (free on the PBS website)
THE NEW JIM CROW
Michelle Alexander talks about her book The New Jim Crow. Alexander explores how the war on drugs, “get-tough” sentencing policies and racism has created a caste system similar to that of our segregationist past.(free on Youtube)
Bill Moyers Interviews:
Rosedale: The Way It Is
In this 1973 documentary, Bill Moyers examines the fear, hatred and courage generated as the have-nots of our society battle for a tiny piece of the good life.
Bill discusses KLU KLUX KLAN symbolism of the cross and lynching tree with theologian James Cone.
Ian Haney López discusses his work on the evolution of post-civil rights racism in the Dog Whistle Politics of Race.