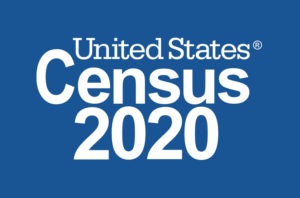 Along with voting, being counted in the U.S. Census is one of the most patriotic activities an individual can perform. And just like we do with voting, Heights Libraries will support the census process this spring with information and access to computers.

What Is the 2020 Census?
The 2020 Census is mandated by the Constitution and conducted by the U.S. Census Bureau, a nonpartisan government agency. The 2020 Census will count the population in all 50 states, the District of Columbia, and five U.S. territories.

What Can I expect?
Beginning in the middle of March 2020, every home will receive an invitation to participate in the 2020 Census. Once the invitation arrives, you should respond for your home in one of three ways: online, by phone, or by mail. The 2020 Census marks the first time you’ll have the option to respond online. You can even respond on your mobile device.

Why Is the Census Important?

Listen to an interview with the U.S. Census Bureau’s Susan Licate about the importance of the census.

The census provides critical data that lawmakers, business owners, teachers, and many others use to provide daily services, products, and support for you and your community. Every year, billions of dollars in federal funding go to hospitals, fire departments, schools, roads, and other resources based on census data.

The results of the census also determine the number of seats each state will have in the U.S. House of Representatives, and they are used to draw congressional and state legislative districts.