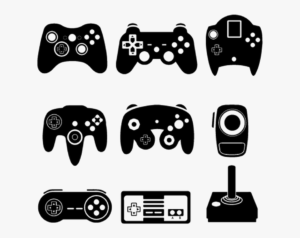 I think it’s time to update the scope of the Matchmakers service.

Books, audiobooks, movies, and music are great, but Heights libraries has another niche collection that is close to my heart…video games. Since I began managing the video game collection over two years ago, it has been steadily increasing in size and variety. The collection has also spread to all of our branches, with each having its own selection. (Rules for checking games out, and the lists of what we hold can be found at https://heightslibrary.org/services/special-collections/video-game-collection/.)

You might be wondering why you should be interested in video games. You might also have some thoughts on how they can negatively effect people. To address both of those points, I’ll offer this: Psychology Today has reported that that video games can have many positive benefits. Video games have been shown to improve: basic visual processes, attention and vigilance, executive functioning (i.e. multitasking or mental decline), and job-related skills (i.e. hand-eye coordination). (Source: https://www.psychologytoday.com/us/blog/freedom-learn/201502/cognitive-benefits-playing-video-games)

From a matchmaking standpoint, you might want to purchase a game for somebody, and your head is spinning with the variety of options available. You could also play casual games on your phone but want to break into something more involved.  Never fear, I’m here to help.

Before I get to any game recommendations now, or in the future, I’d like to define the major genres as an introduction. Who knows, maybe seeing this list will pique your interest to try a certain type of game as well. For the most part, games fall within these categories*:

Action games: Action games are just that—games where the player is in control and at the center of the action, which is mainly comprised of physical challenges players must overcome. Most early video games like Donkey Kong and Galaga fall into the action category.

Action-Adventure Games: Action-adventure games most frequently incorporate two game mechanics—game-long quests or obstacles that must be conquered using a tool or item collected, as well as an action element where the item(s) are used. Because action games are usually easy to get into and start playing, they still, by most accounts, make up the most popular video games.

Adventure Games: Adventure games are categorized by the style of gameplay, not the story or content. In adventure games, players usually interact with their environment and other characters to solve puzzles with clues to progress the story or gameplay.

Role-playing games: In role-playing games, players advance through a story quest, and often many side quests, for which their character or party of characters gain experience that improves various attributes and abilities.

Simulation games: Games in the simulation genre have one thing in common—they’re all designed to emulate real or fictional reality, to simulate a real situation or event.

Strategy games: With gameplay based on traditional strategy board games, strategy games give players a godlike access to the world and its resources. These games require players to use carefully developed strategy and tactics to overcome challenges.

Puzzle games: Puzzle or logic games usually take place on a single screen or playfield and require the player to solve a problem to advance the action.

Idle games: Not to be confused with casual gaming, idle games are simplified games that involve minimal player involvement, such as clicking on an icon over and over. Idle games keep players engaged by rewarding those who complete simple objectives.

My favorite games usually fall into the action-adventure genre. I like their larger, more involved plots that weave their way through the whole game. I also like the way they usually have a mix of puzzle solving and enemy fighting elements. The Legend of Zelda series (on multiple Nintendo game systems) is the quintessential action-adventure series, and my all time favorite. The series takes place in the imaginary kingdom of Hyrule, and its protagonist, Link, usually must go on a grand adventure to save the land.

For a franchise that I recommend for everybody, my go to is Super Mario (which can be found on Nintendo systems). Since it’s introduction in 1983, the Mario series has gone through many iterations, so every kind of player can find something they like. Also, Mario games are made for everybody to enjoy, so beginners can have fun along side seasoned pros. Some of the best Mario games for everybody include: New Super Mario Bros. U Deluxe, the Mario Kart Series, the Mario Party Series, Mario Tennis Aces, and Super Mario Odyssey. Many of these games can be found at one of our branches for checkout.

I know that this whole subject can become overwhelming. As usual, I’m always happy to answer any questions you might have about the collection, or gaming in general. Have fun!