Baseball’s Opening Day was supposed to be last Thursday. Usually we are preparing for college basketball’s Final Four weekend this time of year. Teams in the NBA and the NHL should be battling for playoff positions. Soccer leagues across Europe should be crowning champions. Wimbledon is cancelled. I could go on, but I don’t want to say something and jinx the next NFL season (because that’s how it works with sports). Instead, with COVID-19 keeping everyone at home, we’ll have to content ourselves with books about sports. Take your pick from the books I’ve selected below, and feel free to share your own suggestions!

These books are available on both the Overdrive/Libby and Hoopla apps.

Baseball: The Boys of Summer by Roger Kahn

A classic, written by a reporter who followed the team. Kahn chronicles the Brooklyn Dodgers teams of the 1950s, a time when baseball was the most well-supported sport in America. He tells the stories of Jackie Robinson, Pee Wee Reece, Clem Campanella, and others, of their childhoods, their extraordinary achievements on the field, and how these boys of summer handled retirement afterward.

Hockey: The Russian Five: A Story of Espionage, Defection, Bribery, and Courage by Keith Gave

The 1989 Detroit Red Wings decided the best way to become a relevant team again was to recruit players from behind the Iron Curtain, drafting two Soviet players who were not immediately eligible to play. So, the Red Wings had to find other means to get their players. Clandestine meetings in remote forests, defections, fake cancer diagnoses, anything and everything was done to bring Soviet players to the NHL. These efforts culminated in creation of Detroit’s legendary “Russian Five,” a team which went on to become champions. If you enjoy spy novels, this will scratch that itch too. 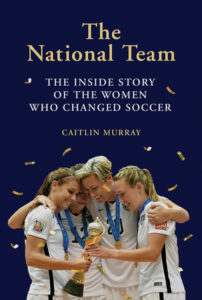 Soccer: The National Team: The Inside Story of the Women Who Changed Soccer by Caitlin Murray

A history of the USA Women’s National Soccer Team, one of the most successful teams in American sport. Beginning with the team’s formation in 1980, Murray interviews hundreds of former and current players and coaches as she recounts their many on-field successes (including three World Cups) and the inequality they have faced despite their sustained excellence. The team went on to win its fourth World Cup in 2019 after the book was published, just so you know how good they are. 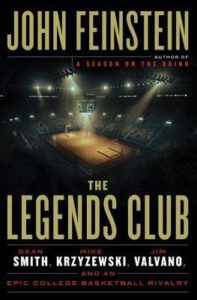 Feinstein gives readers a backstage look into the extraordinary rivalry between three legendary coaches of three North Carolina schools. In May 1980, Duke and N.C. State hired Mike Kryzyewski and Jim Valvano to become their head basketball coaches. They were tasked with taking on Dean Smith’s Tarheels of U.N.C. Chapel Hill, a national powerhouse that had dominated the region for years. What followed was what many consider to be some of the most competitive college basketball ever played. 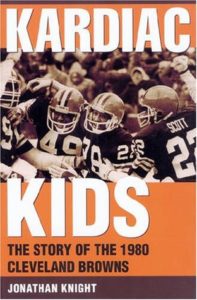 Football: Kardiac Kids: The Story of the 1980 Cleveland Browns by Jonathan Knight

The recent history of the Cleveland Browns has been… disappointing, to put it mildly. But the Browns have a proud history if you go back far enough. Kardiac Kids relives the Browns’ 1980 season, a season which featured a team that played football that made their fans’ hearts race, often winning in ludicrously dramatic fashion. Despite how it ended, it was a season to remember.