Lately, I’ve been attempting to decolonize my reading habits. In the past, I never really paid that much attention to the color or gender of an author when I sought out a book to read. Over the past several months, I’ve been making a more concerted effort to read books by BIPOC authors, and I’ve found some truly fantastic books that I may have otherwise missed. 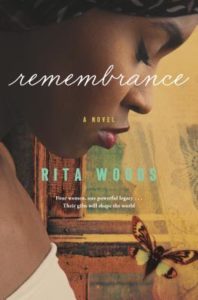 Remembrance is a genre-defying sweeping epic that takes you from 1791 in Haiti to 1857 in New Orleans to present day Ohio, tracing the lives of three strong women who make choices that define their entire lives. In 1791, a slave named Abigail is forced to leave her children behind and flee to New Orleans with her mistress in order to escape the coming rebellion in Haiti.In New Orleans, lost and broken, she comes under the wing of Simona and Josiah, two powerful and spiritual beings who transform Abigail’s world. In 1857, house girl Margot is sold just before her 18th birthday and her promised freedom. Desperate, she escapes and chases a whisper North. In present day Ohio, Gaelle, a nursing home aide, forms a strange bond with an unknown patient that awakens something inside her. The stories of the women intertwine in often unexpected ways, and I found myself yearning for more when I reached the end of the book! 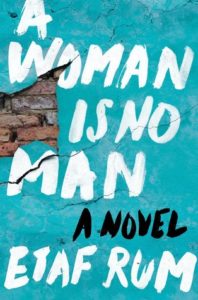 A Woman is No Man by Etaf Rum

This debut novel by an Arab-American voice,takes us inside the lives of conservative Arab women living in America. In Brooklyn, eighteen-year-old Deya is starting to meet with suitors. Though she doesn’t want to get married, her grandparents give her no choice. History is repeating itself: Deya’s mother, Isra, also had no choice when she left Palestine as a teenager to marry Adam. Though Deya was raised to believe her parents died in a car accident, a secret note from a mysterious, yet familiar-looking woman makes Deya question everything she was told about her past. As the narrative alternates between the lives of Deya and Isra, she begins to understand the dark, complex secrets behind her community. While heart-breaking, A Woman is No Man is a must-read -a thoughtful, honest, powerful portrayal of a family, its cultural values, and its inner workings. 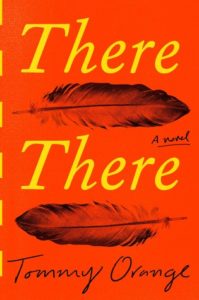 There There by Tommy Orange

Tommy Orange’s wondrous and shattering novel follows twelve characters from Native communities: all traveling to the Big Oakland Powwow, all connected to one another in ways they may not yet realize. Among them is Jacquie Red Feather, newly sober and trying to make it back to the family she left behind. Dene Oxendene, pulling his life together after his uncle’s death and working at the powwow to honor his memory. Fourteen-year-old Orvil, coming to perform traditional dance for the very first time. Together, this chorus of voices tells of the plight of the urban Native American–grappling with a complex and painful history, with an inheritance of beauty and spirituality, with communion and sacrifice and heroism. While There There has a robust cast of characters that can be difficult to keep track of at times, it’s masterfully written and presents an important voice in urban Native American culture.

Other books to check out:

The Mothers by Brit Bennett

The Secret Lives of the Four Wives by Lola Shoneyin