Check out these titles where time isn’t necessarily on your side. 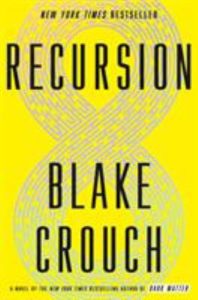 New York City cop Barry Sutton is investigating a devastating neurological phenomenon called False Memory Syndrome (FMS)—a recently discovered affliction that drives its victims mad with memories of a life they never lived. At the same time, neuroscientist Helena Smith is attempting to perfect a technology that preserves, and allows for the reliving of, a person’s memories.

As Barry closes in on the cause of FMS, and Helena perfects her technology, their paths meet in the discovery of a force that not only attacks the mind, but also the very fabric of the past. As this force’s effects begin to unmake the world as we know it, only he and Helena, working together, stand a chance at defeating it. 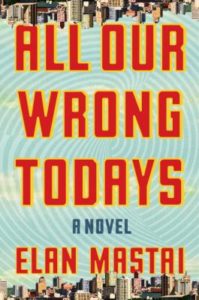 All Our Wrong Todays by Elan Mastai

Tom Barren lives a utopian life in a year 2016 that was dreamed up in the 1950s. To him, flying cars, moving sidewalks, and moon bases are a way of life, but he cannot seem to find his place among the perfection. To make matters worse, a tragic accident has caused him to make a rash time travel decision that changes not only his life, but the very fabric of the universe itself. Now, Tom now finds himself stranded in OUR 2016, which is a dystopian wasteland to him.

That’s when he discovers wonderfully unexpected versions of his family, his career, and—maybe, just maybe—his soul mate. Tom now has a decision to make. Does he fix the flow of history, bringing his utopian universe back into existence, or does he try to forge a new life in our messy, unpredictable reality? Tom’s search for the answer takes him across countries, continents, and timelines in a quest to figure out, finally, who he really is and what his future—our future—is supposed to be. 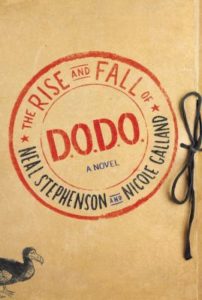 The Rise And Fall Of D.O.D.O. by Neal Stephenson and Nicole Galland

What would you think if you were told that magic was real, but was unable to be used because of mankind’s past scientific achievements? What would you also think if you found out that the U.S. Government was working on a project to bring magic back? Those are the revelations Melisande Stokes, a linguistics expert, faces when she meets military intelligence operator Tristian Lyons (and signs a non-disclosure agreement). From that point on, Melisande is thrown into the world of D.O.D.O. (the Department of Diachronic Operations), a world of witches, time travel, non-disclosure agreements, and acronyms.

The Rise and Fall of D.O.D.O. is an intricately plotted look at what would happen if the U.S. Government were to get its hands on magic and time travel. What does it want it for? What are the ramifications of using it? What happens if it falls into the wrong hands? Are the U.S. Government’s hand’s even the right ones? Melisande must figure all of this out if she doesn’t want to go the way of the dodo herself.