I love books where the characters are not quite what they seem–it leads to lots of suspense and page-turning intrigue! These three books are sure to capture your interest and will make you want to keep reading until you reach the end.

Who is Maud Dixon by Alexandra Andrews 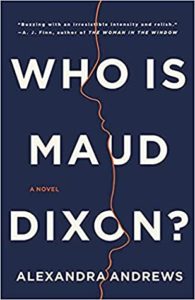 Florence Darrow is a small-town striver who believes that she’s destined to become a celebrated writer. When she stumbles into the opportunity to become the assistant to “Maud Dixon,” a celebrated-but anonymous-novelist (think: Elena Ferrante), she believes that the universe is finally providing her with her big chance. The arrangement feels idyllic; Helen can be prickly, but she is full of pointed wisdom on both writing and living. She even invites Florence along on a research trip to Morocco, where her new novel is set. Florence has never been out of the country before; maybe, she imagines, she’ll finally have something exciting to write about herself. But when Florence wakes up in the hospital after a terrible car crash, and Helen is dead, she begins to imagine what it might be like to ‘upgrade’ into not only Helen’s life, but also that of Helen’s bestselling pseudonym, Maud Dixon… Will Florence succeed in her attempt to take on Helen’s life, or will things start to catch up with her?

Her Dark Lies by J.T. Ellison 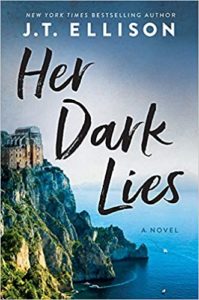 Jutting from sparkling turquoise waters off the Italian coast, Isle Isola is an idyllic setting for a wedding. In the majestic cliff-top villa owned by the wealthy Compton family, up-and-coming artist Claire Hunter will marry handsome, charming Jack Compton, surrounded by close family, intimate friends…and a host of dark secrets. From the moment Claire sets foot on the island, something seems amiss. Skeletal remains have just been found. There are other, newer disturbances, too. Menacing texts. A ruined wedding dress. And one troubling shadow hanging over Claire’s otherwise blissful relationship—the strange mystery surrounding Jack’s first wife. Then a raging storm descends, the power goes out—and the real terror begins… Is there more than meets the eye with the Compton family? Claire is determined to marry Jack, but at what cost?

The Power Couple by Alex Berenson 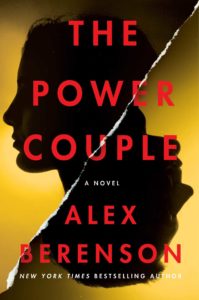 Rebecca and Brian Unsworth appear to have it all. A nice house in the suburbs of Washington, DC. Two well-behaved, healthy teenage children. Important government jobs—Rebecca working in counterterrorism for the Federal Bureau of Investigation, Brian serving as a coder for the National Security Agency. Their lives stand to improve even more as Brian, in his off-hours, has just developed and sold a highly profitable app. In an effort to spent more time together, they decide for their twentieth wedding anniversary to take their two kids, Kira and Tony, on a European getaway. They have a blast…until one night in Barcelona when Kira doesn’t come home from a dance club. She’s gone. Abducted. Over the course of a single weekend, the Unsworths will do everything possible to find her—as Kira herself discovers just how far she’ll go to break free of the trap that’s been set for her. And even as Rebecca and Brian come together for Kira, they realize their marriage is more tenuous than they realized. Told in alternating chapters from Rebecca’s, Brian’s, and Kira’s point of view, the story unfolds slowly and you learn more about the circumstances surrounding Kira’s kidnapping.