Back in June, the Matchmakers made a reading list called Addressing Race And Racism Through Reading. It includes both non-fiction titles, so readers can learn about racism and how to combat its effects, and it includes fiction, which allows readers to hear from authors who represent marginalized groups in their own voices.

We’re all still including Black authors on our reading lists, the way we were in June, right? Here are some wonderful new fiction titles by Black authors; you can pick your favorite genre! 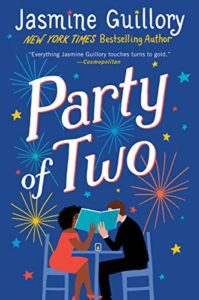 Contemporary Romance: Jasmine Guillory has written a lighthearted, highly entertaining contemporary romance series about Black women finding Happily Ever After. Guillory is terrific about blending women’s career aspirations, everyday joys, and search for fulfilling romance in every one of these books. Her latest, Party of Two, is about a young woman named Olivia who is returning to California to open her own law firm with a friend after working at a large law firm in New York City. While she is living in a hotel until she can move into her new house, she meets an attractive man who looks just a little familiar in the hotel bar. Later, she sees him on TV and realizes he is a United States Senator. Is a Senator out of her league? But, oh, my, he certainly was fun to flirt with…

Science Fiction/Fantasy: What would it be like if a city were made up of human avatars? Specifically, what if New York City were made up of human avatars, one for each of the five boroughs and one to represent the city as a whole? This is the premise of N.K. Jemisin’s latest book, The City We Became. Like all powerful speculative fiction, this riveting novel holds up a mirror to our society and demands that view ourselves from a new perspective. This book is, of course, urban and gritty, just like the city it represents. The five boroughs are distinct characters, just like the boroughs they represent. Their struggle to protect the city they call their own makes this an imaginative and chilling read. 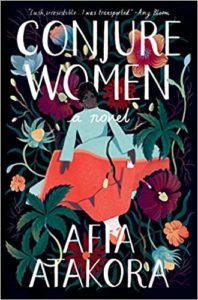 Historical Fiction: If you enjoy multi-generational stories, try Conjure Women, a dazzling debut novel. It opens in the Deep South in 1867, on land that was a slave plantation before the Civil War. We meet Rue, a Black freedwoman who is reluctantly following in the footsteps of her mother, Miss May Belle, as a healer, midwife, and worker of charms and spells. The story alternates between the years leading up to the Civil War, and the years immediately following, and deals with what it means to be a Black woman in the South in both settings. The characters are powerfully drawn and the historical details ring true. This is a gorgeous historical novel.