Beginning last fall, some of the Noble reference staff have been getting together for a staff book club each month. It’s been really fun getting to spend time with coworkers outside of work, doing something we all love; discussing books! I’ve really enjoyed it because it’s definitely broadened my reading since some of the picks are things I wouldn’t have chosen myself. Here’s a list of what we’ve read so far: 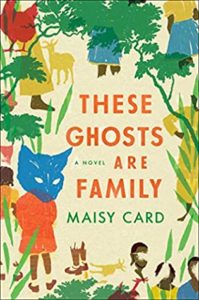 These Ghosts are Family by Maisy Card (ebook/audiobook). This novel begins with one man’s deception, taking the identity of his friend who was killed in a shipping accident, and the consequences of this spanning through time with his family. This book jumps around in time, from 1970s Jamaica, to colonial Jamaica during slavery, to present day Harlem where some of the family members have immigrated. This book mixes an interesting (fictional) family history with real historical events. I learned so much about Jamaica that I didn’t know and looked up more after reading. 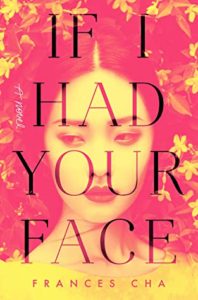 If I Had Your Face by Frances Cha (ebook/audiobook). Four women in present day Seoul, South Korea, struggle with society beauty standards, careers, and friendships along the way. This was an interesting look into another culture that I didn’t know much about. 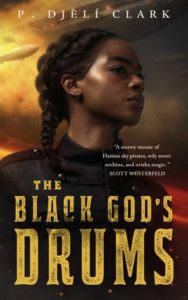 The Black God’s Drums by P. Djèlí Clark (ebook/audiobook). This sci fi novella may be short but it’s action packed! Creeper, a teen, decides she wants to live and work on an airship, and she buys her way on with information about a secret weapon and a kidnapped scientist that she accidentally overheard. 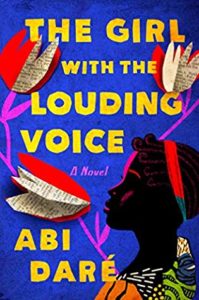 The Girl With The Louding Voice by Abi Daré (ebook/audiobook). I think this is my favorite of the books we’ve read so far. Adunni is a young teenage girl growing up in rural Nigeria. After her mother passes, her father sells her to a much older man to marry, who already has two other wives. Adunni wants more for her life than to be a teen bride. She wants to go to school and make a life for herself. So, she runs away, with some help, to Lagos, Nigeria, where she is employed by a harsh woman. She never gives up on her dream of schooling, even when many disastrous things happen to her, she has such a strong spirit. 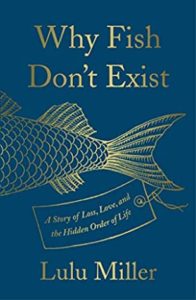 Why Fish Don’t Exist: A Story of Loss, Love, and the Hidden Order of Life by Lulu Miller (ebook/audiobook). Journalist Lulu Miller does a deep dive into David Starr Jordan, a taxonomist who identified nearly a fifth of the world’s known fish in his day, the late 1800s-early 1900s. Miller becomes intrigued by his story and turns this nonfiction title into part memoir, part biography, and yes, the argument that fish don’t exist is explained at the end of the story. 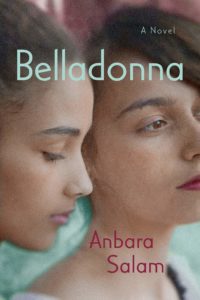 Belladonna by Anbara Salam. American best friends Isabella and Bridget go to a silent convent in Italy for a prestigious art history summer program in the late 1950s. As the summer goes on, Bridget and Isabella begin to keep secrets from each other, and about the convent. 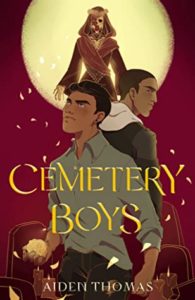 Cemetery Boys by Aiden Thomas (ebook/audiobook). We read this one around halloween and it was the perfect spooky pick! Yadriel, a trans boy who is having a hard time being accepted as a brujo (male witch) by his family, is determined to prove to them that he is one. When his cousin suddenly dies and is missing, he takes it upon himself to perform a summoning ritual to speak with his cousin’s ghost to find out where the body is, but instead accidentally summons Julian, a schoolmate of his who he did not know had passed. Yadriel and Julian set off to help each other find Yadriel’s cousin, but also figure out what happened to Julian.