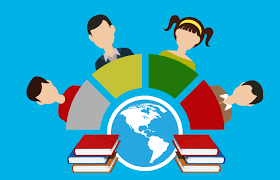 This month’s blog is for parents of teen and tween children.

Now, think back to when you were that age. You liked to hang out with your friends. Maybe you met after school at the mall or at the local park. You certainly did not hang out at the same place your parents did! The only difference between then and now is lots of us tend to “hang out” on social media platforms. But your kids still aren’t hangingout in the same place as you. The average age of Facebook users is between 24-35.  Clearly this is not the platform your children are using.

So what apps are kids using today? A lot of different ones! Some you might have heard of, and some may be new to you. Let’s review some of these apps, and also look at the best ways to oversee your kids’ social media use.

Here is an interesting article on Snapchat and Teens.

TikTok (pronounced Tick-Tock) is now the world’s most downloaded app and the world’s most visited website, ahead of Google (#2) and Facebook (#3). Every day, more than one billion different videos are viewed on TikTok. The success of TikTok is its unique algorithm. When you join TikTok, you are asked some questions about your interests and what sort of things you’d like to see. TikTok then offers you some of the most popular videos that match your interests and starts monitoring what you do. It takes note of which videos you watch and—crucially—how much time you spend watching them, and which videos you watch more than once. The algorithm then hones your preferences. Within hours, or even minutes, your videos become more specific, more customized to your interests.

Parents need to be aware of the effects TikTok can have on their kids.  Here is a link to an article to help parents and their kids understand TikTok.

If you kid is wanting the newest wiz bang item out there, check to see if they are on Instagram. You can read more about that here.

You may have heard about Yubo (yoo·buh) in the aftermath of the Uvalde shootings.  It seems the gunman used Yubo to forecast his intention before he actually did it. What is Yubo? Launched in 2015, Yubo is a France-based social media app that allows users to chat with friends, livestream video and play games. The app, formerly known as Yellow, describes itself as “your place to be you.” Yubo users can stream a live video chat with up to 10 friends, as well as find others nearby who have similar interests. Aimed at young people, Yubo has also been described as a “Tinder for Teens” because, like the dating app, you swipe right on a user’s profile picture to connect with them and swipe left if you’re not interested in becoming their friend.  The concern here for parents is that Yubo calls itself the dating app for teens.

For more information about Yubo and teens read this article.

Discord is a free voice, video, and text chat app that’s used by tens of millions of people ages 13+ to talk and hang out with their communities and friends. Discord can be used on almost every popular platform and device, including Windows, macOS, Linux, iOS, iPadOS, Android, and via web browsers. It is also popular to use it to chat while playing games like Minecraft. The biggest problem with Discord is that it’s for anyone age 13 and up.  Therefore, you can have older adults talking with young teens about  things that may not be appropriate for an adult to converse with a teen.

For more info on Discord and teens try this.

There are many more social media apps out there that teens are using and to talk about them all would make this a very long blog.  I’m going to leave you with this link for the most popular apps for teens.