Plessy v. Ferguson was a landmark 1896 U.S. Supreme Court decision that established the constitutionality of racial segregation. The decision created the “separate but equal” doctrine. The case was the result of an 1892 incident in which African American train passenger, Homer Plessy, refused to move to the segregated car.

Library of Congress U.S. Reports: Plessy v. Ferguson, 163 U.S. 537 (1896) – The opinions of the Supreme Court of the United States are published officially in a set of case books called the United States Reports.

The Plessy & Ferguson Foundation – Committed to educating the public in the legacy of the 1892 Supreme Court Plessy v. Ferguson landmark decision and its impact on African American life; and by understanding the past we are better able to work together and create a more just and equitable future. 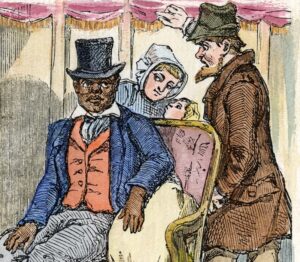