While I usually read primarily domestic thrillers and romantic comedies, I will stray away from my favorite genres for a romp in something a little different. Every so often, I like to dive into books that feature some fantastical elements that are often based in science and technology. 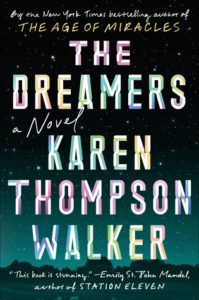 The Dreamers by Karen Thompson Walker

When a college student falls asleep and never wakes up, few people think anything of it. Until it happens again. And again. And again, this time outside the college walls. Soon, the small college town is quarantined by the National Guard, while experts are called in to diagnose the mysterious sleeping illness. Is it psychosomatic? Is it a pandemic? All doctors know is that the sleeping students and townspeople have much higher brain activity than normal, almost as though they are dreaming vividly. Mei, the roommate of the first person to succumb to the sickness, gets caught up in the middle of it all, while chaos reigns around her. This was a fantastic read and I quickly found myself immersed in the college, the town, and the subsequent panic. 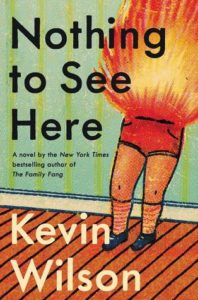 Nothing to See Here by Kevin Wilson

When Lillian and Madison met as boarding school roommates, they were quite the odd couple, but formed an inseparable bond – until Lillian got kicked out of the boarding school amid a scandal. They’ve barely spoken since, until Madison reaches out via a letter, asking Lillian for help taking care of her twin stepchildren. Seems like a normal enough request, right? Well, Lillian soon learns that the twins spontaneously burst into flames when they’re upset or agitated. Lillian’s life hasn’t turned out the way she’s hoped, so she agrees to the job, even though it means keeping the twins hidden from the public view, as their father climbs further and further up the political ladder. As Lillian works to gain the twins’ trust, she quickly becomes fiercely protective of them, startling herself by how much she’s come to care for them. I read this book cover to cover on a plane ride, it was that good! While the premise is fantastical, the characters are so real and engaging. 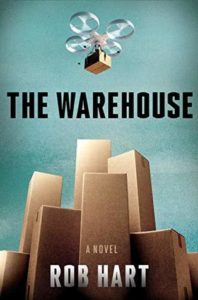 The Warehouse by Rob Hart

The Warehouse is part satire, part thriller, and part science fiction, all of which makes it completely immersive. Set in the near distance future after some sort of catastrophic agricultural collapse, you meet Paxton and Zinnia, two applicants hoping to get chosen to work for Cloud, though they both have entirely different motivations. Cloud has completely taken over the world with their live-work facilities, which are giant campuses complete with apartments, food courts, and vast warehouses and offices were the Cloud employees work. Cloud isn’t all what it appears to be, and Zinnia has been hired to find its secrets. She finds the perfect pawn in Paxton as she uses him and his status as a security staff member to make her way deeper and deeper into Cloud. Together, they’ll learn just how far the company is willing to go to make the world a better place for everyone. Cloud is obviously modeled after a company we all know and love that rhymes with Samazon, which made the premise all the more realistic. This is a wild ride and definitely well worth the read!