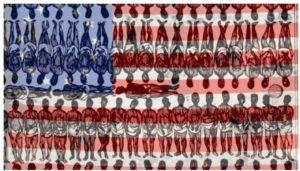 The 1619 Project is a long-form journalism project developed by Nikole Hannah-Jones, from The New York Times, which “aims to reframe the country’s history by placing the consequences of slavery and the contributions of Black Americans at the very center of the United States’ national narrative”.  The New York Times Magazine was published in August 2019 for the 400th anniversary of the arrival of the first enslaved Africans in colonial Virginia.

The Project was immediately controversial and inspired much discussion and critique from professional scholars and media pundits, alike. Ultimately, the 1619 Project became the target of the Trump Administration, which created the 1776 Commission in September 2020 to produce a counter-project. The resulting 1776 Report was published on January 18, 2021, two days before the end of Trump’s term. It, too, became the focal point of professional and pundit criticism.

Below is a list of news articles, opinion pieces, and summaries of the various debates, criticisms, and controversary. 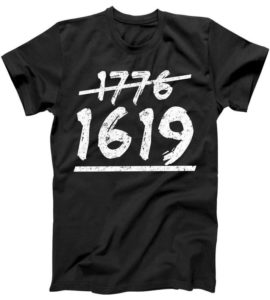 We Respond to the Historians Who Critiqued The 1619 Project by Jake Silverstein, The New York Times, January 15, 2020.

Fact Checking the 1619 Project and Its Critics by Phillip Magness, American Institute of Economic Research, December 23, 2019.

The Hidden Stakes of the 1619 Controversy by David Waldstreicher, Boston Review, January 24, 2020.

8 More Big Takedowns Of The 1619 Project For Its One-Year Anniversary by By Krystina Skurk, The Federalist, August 11, 2020. 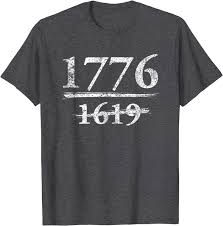 The 1776 Commission is Desperately Needed by Keisha Russell, The Hill, November 5, 2020.

The 1776 Project Is a Desperate Search for the Right Enemies by Konstantin McKenna, Foreign Policy, January 21, 2021.

1620 – A Critical Response to the 1619 Project C-SPAN discussion with Peter W. Wood, former professor of anthropology and college provost.