Rereading Donald Crews’ classic picture book “Freight Train” was the inspiration for this week’s storytime. This is a great book to teach colors, shapes, and new vocabulary to children who are interested in trains and transportation. 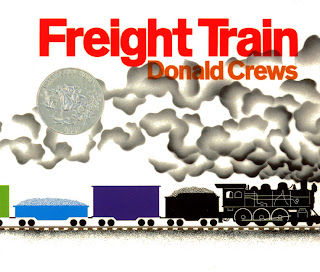 I chose two of my other all-time favorite train books to read aloud, “Down By the Station” by Will Hillenbrand (which you can sing the words to) and “Chugga-Chugga Choo-Choo” by Kevin Lewis. 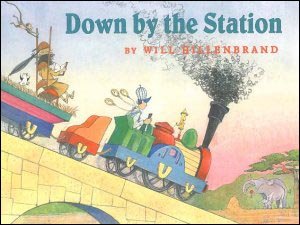 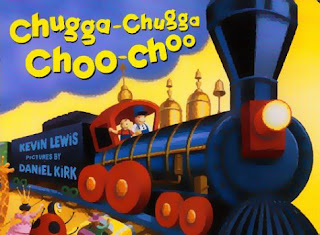 Other great books to use for a train theme are “The Little Engine That Could” by Watty Piper, “Animals Aboard!” by Andrew Peters, and “Two Little Trains” by Margaret Wise Brown.
Click here to order these books from the Heights Library catalog
Art Project: We created models of the rainbow train from the book “Freight Train”. Each child was given rectangles for cars, a black engine die cut, and lots of mixed-media fun stuff to put inside their train cars. I also provided discarded children’s magazines so kids could cut out pictures of things they would like in their train cars. Here are some photos of the kids with their projects: 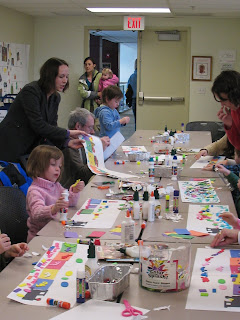 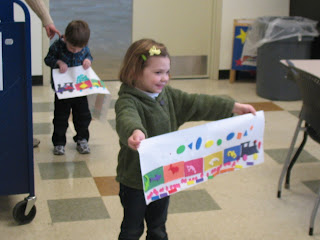 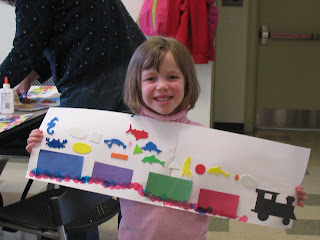