Social Media has become a major form of engagement between us and our family and friends, and yet many of us are left feeling ignored because no one seems to see the things we post. It’s a common problem that the Tech Trainers have experienced firsthand with many customers.

The root of all of these questions comes from a single thing, an algorithm. An Algorithm is defined as a process or set of rules to be followed in calculations or other problem-solving operations, especially by a computer.

In more laymen’s terms, a computer decides what appears on the Newsfeed. These algorithms use the Inventory (all of the available posts), Signals (things like Like Buttons and Share Buttons), and Predictions to figure out where to displace a post on the feed. The idea is that the most “interesting” and “important” posts will be at the top.

It decides where to put things based on your habits on each social media and on your settings.

Twitter was one of the first social media platforms to introduce a non-chronological feed of information. However, in late 2018 they decided to remove the majority of the algorithm and return users to a chronological display of tweets with a few considerations for ads and promoted material.

Facebook has its own algorithm and they appear to have no plans of getting rid of theirs. The latest update to the algorithm was in early 2018.

What does this MEAN?

If you don’t like something eventually posts by that account will disappear from your feed. This has happened to a few customers Tech Trainer Alyse has spoken to. Their posts just don’t appear on their friends’ News Feeds. Doesn’t matter what they post or when they post it, their pictures and words are not seen by their friends.

What can you do?

Like and comment on several posts by accounts you care about. The best course of action in this new algorithm based world is to purposefully interact with accounts you want to see.

If you want to see things your nephew posts, go to his account and like at least five recent posts. Comment on posts as well. You will need to do this for every account you care about. This teaches the algorithm that this account is important to you. 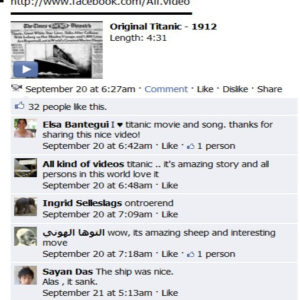 NOTE: This will not always work.

“Even though my mother and I are friends on Facebook, appear in multiple tagged photos together, and she likes everything I post; I don’t show up on her News Feed. We live in different states and have different friends and that is too much for the algorithm to handle. If she wants to see what I have been doing she has to go to my profile to see it. I do not appear on her News Feed.” – Tech Trainer Alyse.

Secondly, specifically on Facebook, you can set certain friends to “Close Friends” and under “Following” on their account, you can choose the option for “See First.”

One comment on “Why Likes are Important on Social Media”