In our first episode, John interviews David Waldstreicher, a professor of history at The Graduate School and University Center of the City University of New York.  He is the author of Slavery’s Constitution: From Revolution to Ratification (2009) and Runaway America: Benjamin Franklin, Slavery and the American Revolution (2004).

Professor Waldstreicher discusses his book Slavery’s Constitution, which focuses on the slavery compromises written into the U.S. Constitution. He also dives into the Three-fifths Compromise, which enshrined slavery as a means of governing. Finally, Prof. Waldstreicher explains his position on The New York Times’ 1619 Project, specifically focusing on his Boston Review article “The Hidden Stakes of the 1619 Controversy.” 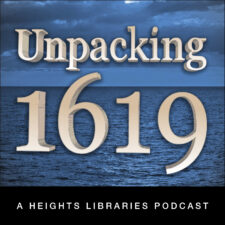