We hope that our large offering of teen fiction, graphic novels, manga, and single-issue comics provides a story for everyone to appreciate. Each of our branches has a teen non-fiction collection for your curiosities and schoolwork, but you may also find something interesting or helpful in our children and adult non-fiction sections, too.  Browse our catalog to find what you are looking for!

We have books on CD and Playaways, in case you’d rather listen to a book. We also subscribe to many services that you can use to read eBooks, listen to online audiobooks, or watch films and TV. Check out our Digital Collection  page.

Get your Bookmarks here!

Need a suggestion for your next great teen read? Check out our curated lists in handy bookmark form!

Visit our Teen Bookmark page and download one of our bookmarks! 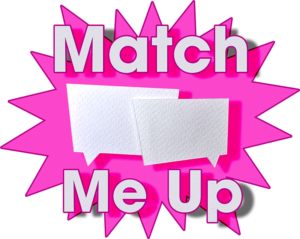 Try our online service for personalized reading suggestions! Just go to the web address listed below, fill out the form, and we’ll provide a list of book suggestions and place some books on hold for you.

Whether you want teen fantasy or mystery; LGBTQ+ romance, Jewish fiction, or Afrofuturism, you’re sure to receive some great matches. And if you’re an adult who loves teen books, you can request suggestions too! We want to match everyone with great books!

Check out Match Me Up!

Check out these online resources!

In this challenging time, we have had to adapt our services and programs, but please know that Heights Libraries are still here for you and your information needs. We have compiled a list of engaging teen-focused digital resources for recreation and study. You can find these resources and their descriptions here!  And to see an expanded list of children’s resources visit the Digital Resources for Kids and Families page.