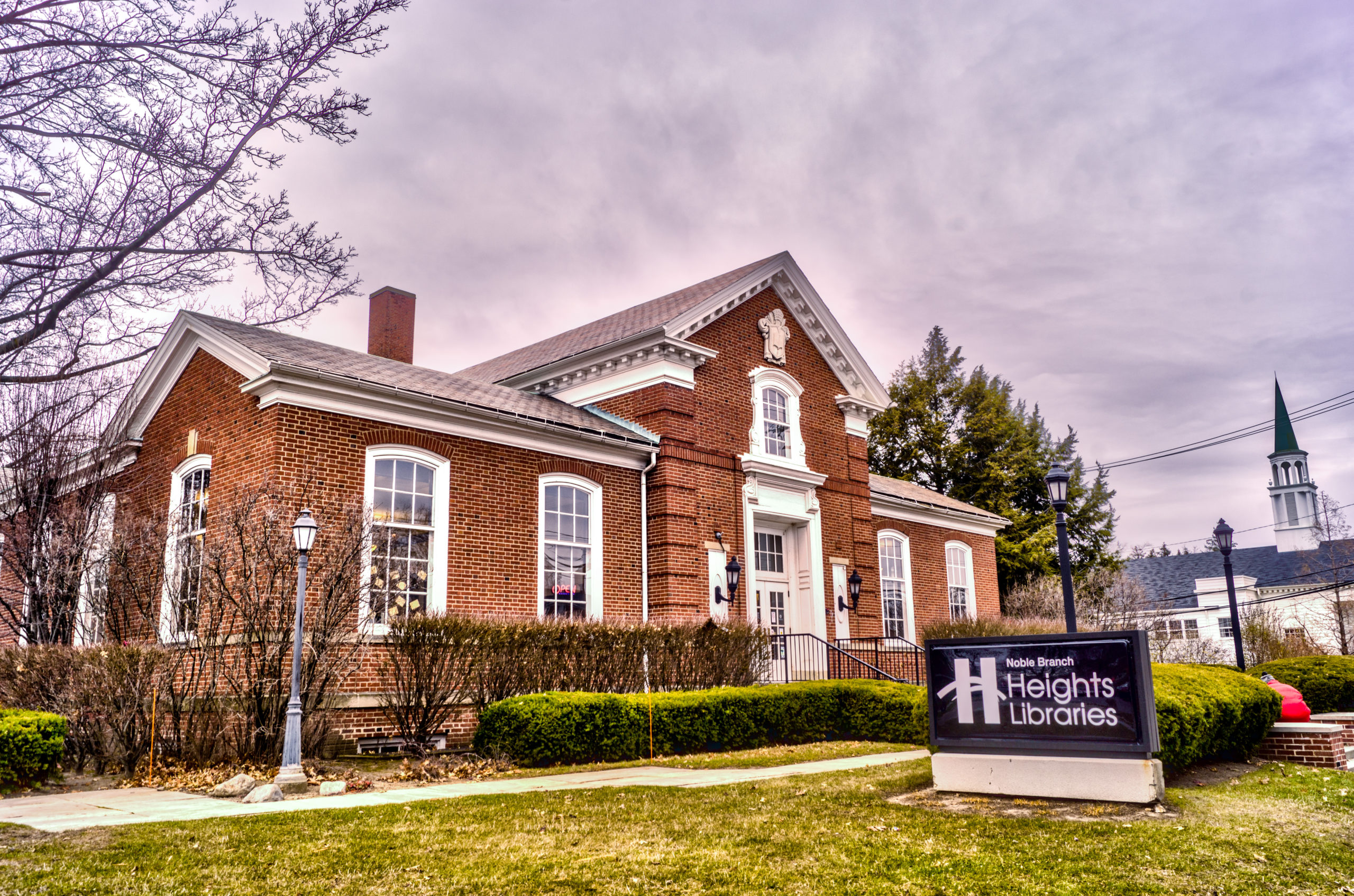 After a competitive RFP (request for proposal) process, Heights Libraries has hired the Independence Construction-DeGeronimo Companies as the construction manager at risk (CMAR) for the Noble Neighborhood branch renovation project. The decision was announced at the library’s Oct. 17 board of trustees meeting.

The Independence-based company has extensive experience with both for-profit and nonprofit projects. They include Pinecrest in Orange Village, the Greater Cleveland Food Bank’s new distribution center in Cleveland, and several libraries—most recently the new Bay Village Library.

“All the applicants had great portfolios and experience, so it wasn’t an easy decision,” said Heights Libraries Director Nancy Levin. “But DeGeronimo had a combination of supply-chain solutions, budget-reducing strategies, and a focus on community needs, which made them the right choice.”

The next phase of the Noble branch renovation will be the creation of an accurate budget and preparing to go out to bid for the actual construction.

The planned addition to the library building will be approximately 9,000 square feet, almost doubling its current size. Heights Libraries plans to break ground on the project in spring 2023.

Because the branch will have to close during the construction phase, the library will rent a small satellite space on the first floor of the BNH Building, located near the corner of Mayfield and Noble roads. It will be open limited hours, and will contain public computers, holds shelves, circulation and reference services, and a small collection of books to check out.

The project’s architectural design firm, Bostwick Design, held its third community meeting at the Noble branch on Oct. 4, to share up-to-date design plans with the community, including interior and exteriors of the new addition. Thirty-six community members and neighbors attended the event and offered feedback on the most recent renovation designs.