The 1619 Project is an initiative by The New York Times that re-examines the history, and lasting influence, of American slavery on our society.

Join us the second Thursday of each month as we continue to discuss how the legacy of slavery remains the dominant factor of American political, cultural, and social spheres. The library program centers on the articles included in the New York Times Special Sunday Magazine dated August 20, 2019.

Article packets are available for download on this website or on the lobby display at the Lee Road Branch.

Our very own John Piche was interviewed by the Public Library Association’s Public Libraries Online magazine about the success of our 1619 Project program series, which he developed and runs. Read the article. 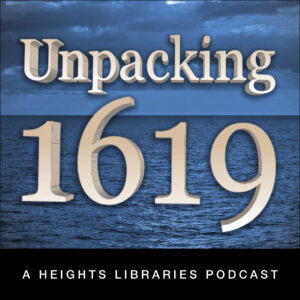 Unpacking 1619 features interviews with scholars from around the country in which we unpack topics relating to the 1619 Project and race in America. Hosted by Adult Services Librarian John Piche.

You can view the entire playlist of 1619 project interviews on our YouTube page.

A New Origin Story Part 11: Justice and Beyond

Please Note: The 1619 Project Discussion Group is back on Zoom only. See below for details.

For the upcoming discussion, we are conclude our chapter-by-chapter reading of The 1619 Project: A New Origin Story, edited by Nikole Hannah-Jones. The reading packet includes the last chapter in book, “Justice” by Nikole Hannah-Jones. A rebuttal from John McWhorter follows entitled, “We Cannot Allow 1619 to Dumb Down American in the Name of a Crusade.” Followed by the article, “The End of the Black Narrative” by Historian Charles Johnson. 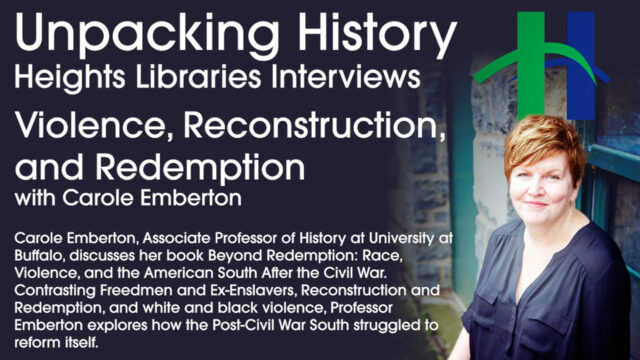 Carole Emberton, Associate Professor of History at University at Buffalo, discusses her book Beyond Redemption: Race, Violence, and the American South After the Civil War. Contrasting Freedmen and Ex-Enslavers, […] 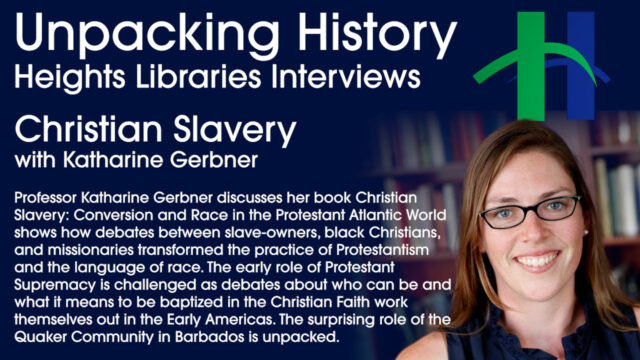 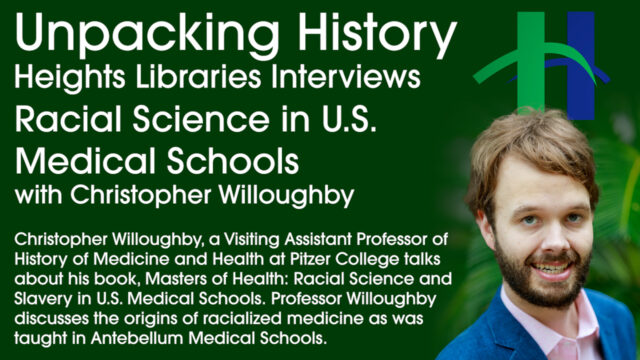 Christopher Willoughby, a Visiting Assistant Professor of History of Medicine and Health at Pitzer College, talks about his book, Masters of Health: Racial Science and […] 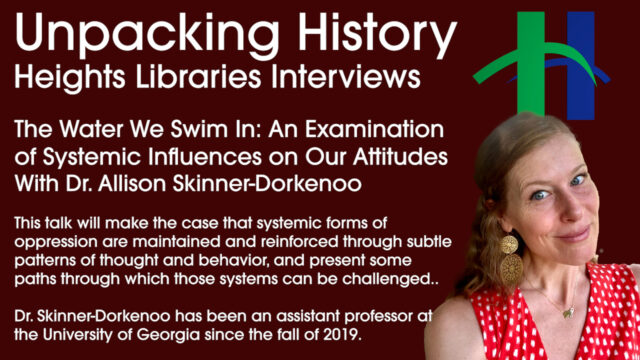 The Water We Swim In with Dr. Allison Skinner-Dorkenoo

This talk will make the case that systemic forms of oppression are maintained and reinforced through subtle patterns of thought and behavior, and present some […] 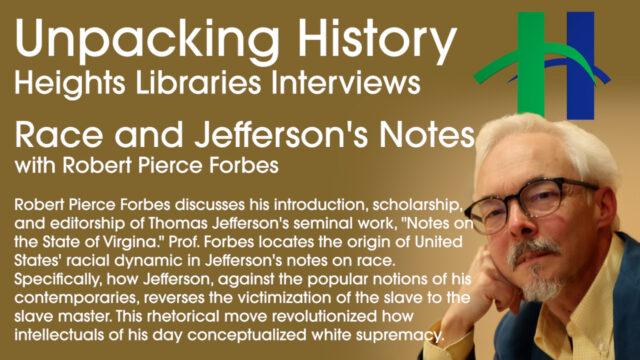 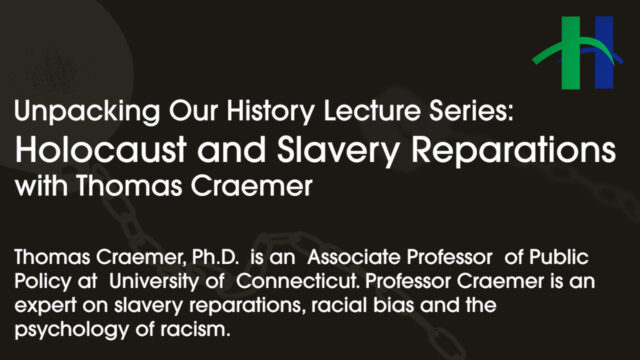 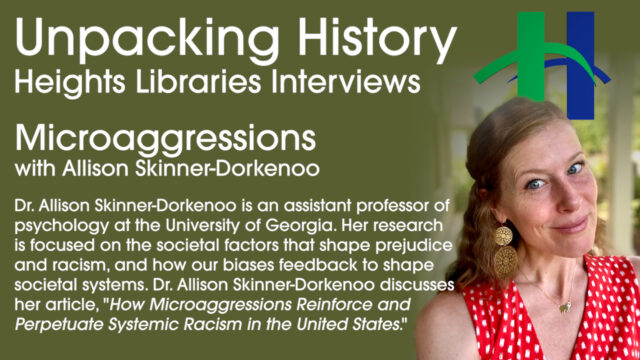 Dr. Allison Skinner-Dorkenoo discusses her article, “How Microaggressions Reinforce and Perpetuate Systemic Racism in the United States.” She defines what microaggressions are and how they […] 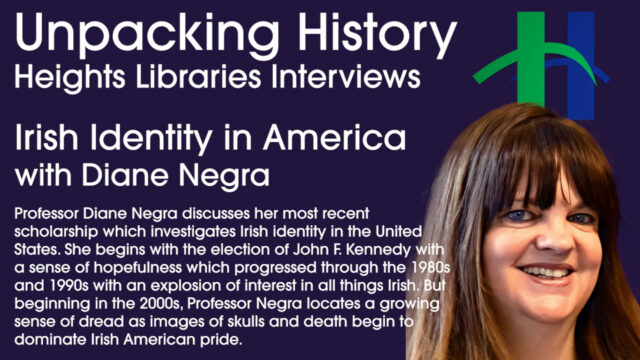 Professor Diane Negra discusses her most recent scholarship which investigates Irish identity in the United States. She begins with the election of John F. Kennedy […] 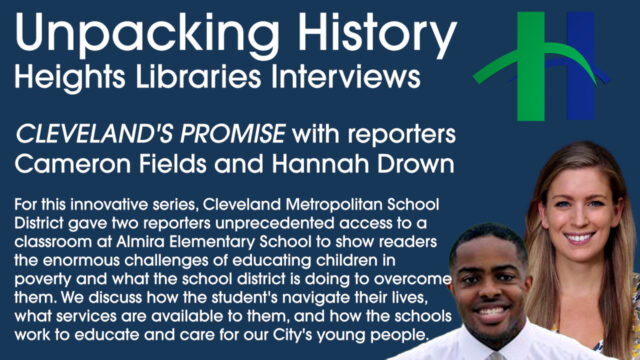 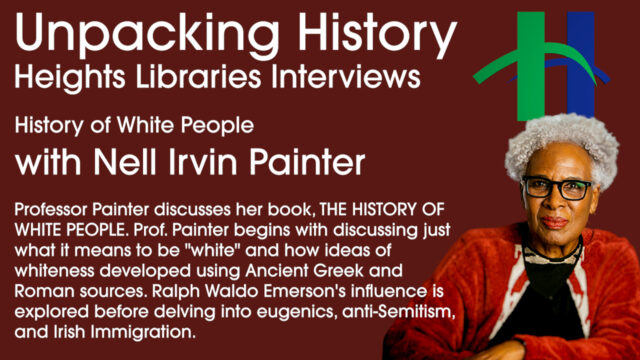 Professor Painter discusses her book, THE HISTORY OF WHITE PEOPLE. Prof. Painter begins with discussing just what it means to be “white” and how ideas […] 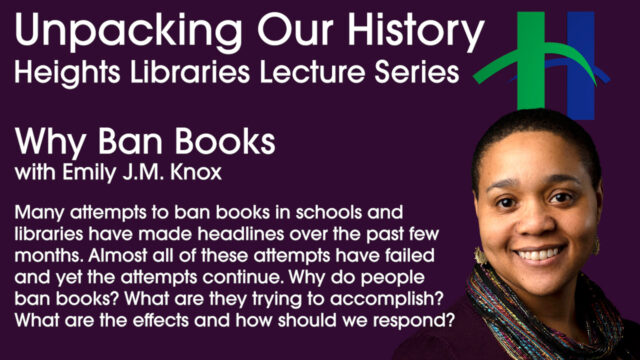 Unpacking Our History Lecture Series: Why Ban Books? Understanding the Discourse of Censorship and Its Effects

Many attempts to ban books in schools and libraries have made headlines over the past few months. Almost all of these attempts have failed and […] 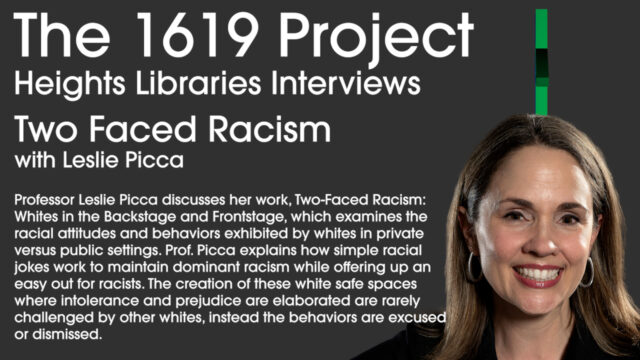 Professor Leslie Picca discusses her work, Two-Faced Racism: Whites in the Backstage and Frontstage, which examines the racial attitudes and behaviors exhibited by whites in […]

View all of the our 1619 Project interviews and articles.

Slavery and the American Dream

Why Highlight the 1619 Project?