I’m always a big fan of books set during holidays, and Thanksgiving is no exception! Here are some books that you can enjoy in between cooking, feasting, and spending time with family and friends. 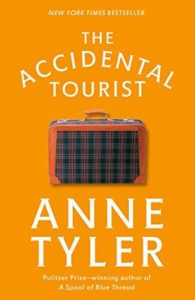 The Accidental Tourist by Anne Tyler

Travel writer Macon Leary hates travel, adventure, surprises, and anything outside of his routine. Frozen with grief, he mechanically goes through the motions of living, but he is dead inside. Unable to give or take comfort from his wife, his marriage falls apart. He is left to live alone with his rituals and a vicious and uncontrolled dog, Edward. He pulls further and further into himself. When the dog hospital refuses to board Edward so Macon can travel to England to write another of his dreary guidebooks for business travelers who want to feel they never left home, he is forced to find an alternative. On impulse, he chooses the Meow-Bow Animal Hospital, and his life is never the same. He meets Muriel, the dog trainer, and she turns his life upside-down. She is everything he isn’t: spontaneous, free, happy-go-lucky. Complete with a slow-roasted turkey on Thanksgiving Day, this is one kooky love story that will make you smile through the tears. 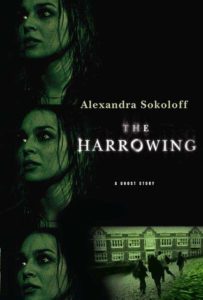 The Harrowing by Alexandra Sokoloff

Baird College’s Mendenhall echoes with the footsteps of the last home-bound students heading off for Thanksgiving break, and Robin Stone swears she can feel the creepy, hundred-year-old residence hall breathe a sigh of relief for its long-awaited solitude. Or perhaps it’s only gathering itself for the coming weekend. As a massive storm dumps rain on the isolated campus, four other lonely students reveal themselves: Patrick, a handsome jock; Lisa, a manipulative tease; Cain, a brooding musician; and finally, Martin, a scholarly eccentric. Each has forsaken a long weekend at home for their own secret reasons. The five unlikely companions establish a tentative rapport, but they soon become aware of a sixth presence disturbing the ominous silence that pervades the building. Are they the victims of a simple college prank taken way too far, or is the unusual energy evidence of something genuine—and intent on using the five students for its own terrifying ends? It’s only Thursday afternoon, and they have three long days and dark nights before the rest of the world returns to find out what’s become of them. But for now it’s just the darkness keeping company with five students nobody wants and no one will miss. 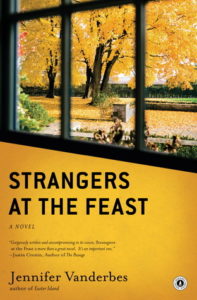 Strangers at the Feast by Jennifer Vanderbes

On Thanksgiving Day 2007, as the country teeters on the brink of a recession, three generations of the Olson family gather. Eleanor and Gavin worry about their daughter, a single academic, and her newly adopted Indian child, and about their son, who has been caught in the imploding real-estate bubble. While the Olsons navigate the tensions and secrets that mark their relationships, seventeen-year-old Kijo Jackson and his best friend Spider set out from the nearby housing projects on a mysterious job. A series of tragic events brings these two worlds ever closer, exposing the dangerously thin line between suburban privilege and urban poverty, and culminating in a crime that will change everyone’s lives. Strangers at the Feast is at once a heartbreaking portrait of a family struggling to find happiness and an exploration of the hidden costs of the American dream.