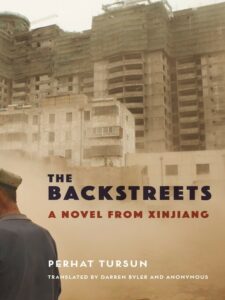 In the summer of 2010, I was fortunate to have been part of a month-long study abroad program in China sponsored by my university. The program had us travel through China, following one of the paths of the historic Silk Road. Starting in Xian, the old imperial capital, our group travelled west, visiting old oasis cities along the road. Our end point was to be visits to several cities in Xinjiang Province, China’s most northwestern province. But in planning our trip, we were unsure if we would be allowed into Xinjiang. Riots in the Xinjiang capital Ürümqi (pronounced “u-room-chi”) between the local indigenous Uyghur (pronounced “wee-gur”) population and China’s majority ethnic group, the Han, in 2009 led the Chinese Communist Party to close the borders of the province and strictly limit who could go in or out. The Party also cut off the province’s internet access. Fortunately, the borders were re-opened before we left for China, so we were able to visit the province. Since 2010, however, the situation in Xinjiang has deteriorated.

Given my connection with the region, when I heard a Uyghur-language, Uyghur-authored novel was to be translated to, and published in, English last year (the first of its kind), it immediately became a “must-read” for me. You may have heard about other, more recent incidents of trouble and unrest in Xinjiang in the news. About Islamic-fundamentalist terrorist activity, or about how thousands of Uyghurs are being “disappeared” into reeducation camps and factories in the Xinjiang countryside. I am not qualified to talk about any of that. Instead, I will point you to this novel, The Backstreets, which includes an illuminating introduction written by one of the novel’s translators, Darren Byler. Byler succinctly describes the always tense, often violent political and social relations between the Uyghurs and Han Chinese that underscore The Backstreets’ narrative.

The Backstreets was written by Perhat Tursun, a Uyghur poet and writer who lived in Ürümqi. In his introduction, Byler explains that Tursun went to university in Beijing to study literature and became obsessed with the works of Western authors like Faulkner and Camus. I’ve never read Faulkner, but I have read Camus’ The Stranger, and I found myself recalling Camus’ story often as I read The Backstreets.

For its part, The Backstreets is narrated by a nameless Uyghur man who has come to Ürümqi from the countryside to work a low-level job in a government office. However, he was not given (or was swindled out of) a place to live once he arrived, forcing him to wander the foggy, polluted backstreets of Ürümqi searching for an address he has where he can, hopefully, stay and rest. The narration takes on a surrealist quality as the man wanders the streets, trying to make sense of the world, contemplating memories of his youth in the countryside, his obsession with numbers, the  time he spent at university in Beijing, what living in Ürümqi is like, and how much he despises his office manager and his cruel smile. This is not an uplifting story. It is a story about a person who feels like outsider within their own country and how unbearably oppressive that knowledge is for them. For me, that makes it essential reading, and I think you should read it, too.

Tursun was reportedly arrested in 2018 and sentenced to a 16-year prison term. According to the publisher, the anonymous Uyghur translator who helped Byler translate the novel disappeared in 2017 and is presumed to be in a reeducation camp somewhere in northwest China.

The Backstreets is available as an ebook on the Libby app and on Hoopla.