Customers have been asking us about Windows 11, which launched in October 2021. Here are the biggest changes and benefits of using Microsoft’s most recent operating system.

The first big difference that you will notice about Windows 11 is the new design and layout.  Windows 11 offers an interface that’s more like a Mac, with pastel colors, rounded corners for all windows and a cleaner interface than its predecessor. Microsoft simplified the user interface as much as possible to create a clean space for work and play.

With the new design, the biggest thing you will notice is that Microsoft has moved the Start menu along with the taskbar to the center of the screen. When you click on the start menu, instead of seeing a list of all your programs/apps like you got in previous versions of Windows, you see a display of the app icons like you would see on a tablet or smartphone screen. 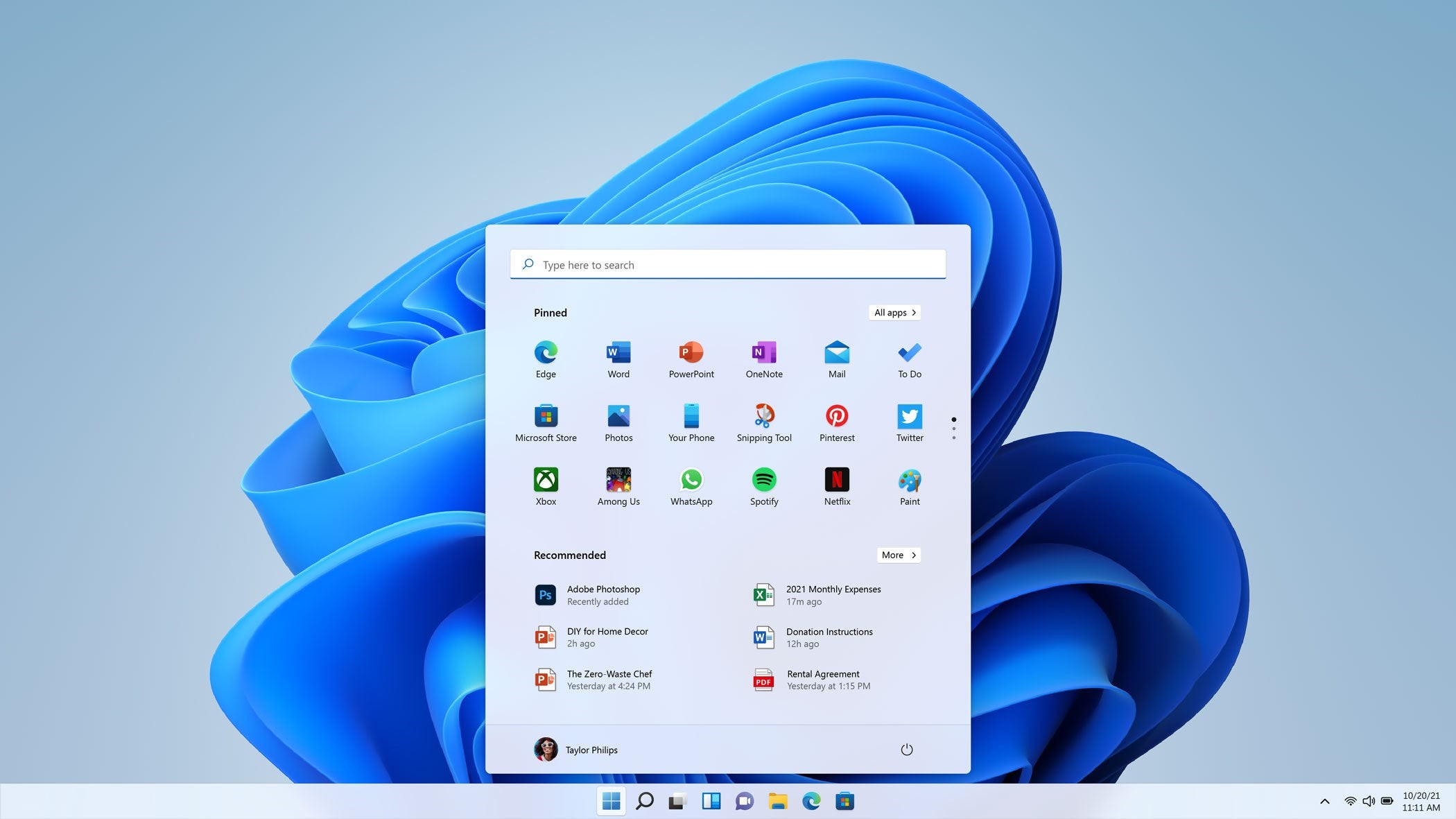 Windows 11 also does not support live tiles. Live tiles display useful bits of information that users can view without opening the corresponding apps. For example, the weather live tile shows the forecast in real time. In Windows 11, you will have to open the weather app to get a real time forecast.

There is good news, though, for you diehard Windows users who prefer not to let go of the past. Windows 11 will allow you to move the Start Menu and the Taskbar to the left-hand side as it was in Windows 10.

Android apps are now available for Windows 11 through the Microsoft Store, via the Amazon Appstore. Microsoft is meeting user demand to run smartphone apps on their desktops.

If you are not familiar with Microsoft Teams, it is a messaging app for your organization—a workspace for real-time collaboration and communication, meetings, file and app sharing, and even the occasional emoji! It is what Microsoft is using to replace Skype for businesses. Microsoft’s Windows 11 now has Teams in the Windows 11 taskbar. This will make it easier for users to access the communication platform.

For tablets, Microsoft has aimed to improve the experience for touch, with more space between icons on the Taskbar, and support for gestures. Windows 11 also adds haptics to your digital pen, so you can hear and feel vibrations as you use it for taking notes or drawing. Finally, the OS introduces voice typing and commands across the system.

Microsoft has said the new OS will include performance improvements, including faster logins, faster web browsing and faster wake from sleep mode. Windows Hello is a biometrics-based technology that allows Windows 11 users to authenticate secure access to their devices, apps and networks with iris scans, facial recognition, or fingerprints.

Microsoft has also said that Windows updates, which will run in the background, will be 40% smaller so they’ll take less time to download and install. The new operating system will also help users extend battery life on their laptops.