Books are often better than the movies that are made from them. Read these before the movies come out, so you can compare.

A Dog’s Way Home by W. Bruce Cameron. When a dog from an abandoned building jumps into his arms Lucas Ray begins sneaking it into his workplace, a veteran’s hospital. January 11 movie release date.

Native Son by Richard Wright. Native Son tells the story of this young black man caught in a downward spiral after he kills a young white woman in a brief moment of panic. January 24 movie release date.

The Knife of Never Letting Go by Patrick Ness.  Ever since the settlers were infected with the Noise germ, Todd can hear everything the men think, and they hear everything he thinks. Todd is just 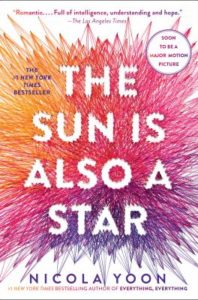 a month away from becoming a man, but in the midst of the cacophony, he knows that the town is hiding something from him. March 1 movie release date.

The Turn of the Screw by Henry James. A governess tries to protect her charges, two odd children, from malevolent forces. March 14 movie release date.

Three Seconds by Anders Roslund. Ex-convict Piet Hoffman–a family man, a rising member of Stockholm’s Polish mafia, and an undercover police informant–is sent to a maximum security prison to make himself the boss of the amphetamine trade so the police can shut it down. Movie title, The Informant. March 22 release date.

Pet Sematary by Stephen King. When Dr. Louis Creed takes a new job and moves his family to the idyllic rural town of Ludlow, Maine, this new beginning seems too good to be true. Then there are the warnings to Louis both real and from the depths of his nightmares that he should not venture beyond the borders of the little graveyard where generations of children have buried their beloved pets.  April 5 release date.

The Aftermath by Rhidian Brook. Hamburg, post World War II, Colonel Lewis Morgan grieves the loss of his son while living with his family in the home of a German widower, an arrangement 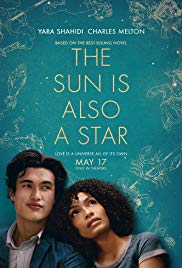 that forces both families to confront their passions and true selves.  April 26 movie release date.

The Sun Is also a Star by Nicola Yoon. This is not the right time for Natasha to fall in love. With her family mere hours away from being deported, she unexpectedly connects with a cute boy on a crowded New York City street. May 17 movie release date.

A Dog’s Journey by W. Bruce Cameron. Believing that he has achieved his purpose throughout several eventful lives, Buddy the dog is drawn to a vibrant but troubled teen who he struggles to help until they are separated.  May 17 movie release date.

Artemis Fowl by Eoion Colfer. When twelve-year-old evil genius Artemis Fowl tries to restore his family fortune by capturing a fairy and demanding a ransom in gold, the fairies fight back with magic, technology, and a particularly nasty troll. August 9 movie release date.

Where’d You Go, Bernadette? by Maria Semple. When revolutionary architect–turned–misanthropic matriarch Bernadette disappears, it’s up to her daughter to search through emails and secret correspondences to find her. August 9 movie release date.

It by Stephen King. Nearly three decades after the events of It: Chapter 1, the Losers Club has grown up, moved away, and moved on…until a devastating phone call brings them back together. Movie title It: Chapter 2. Release date September 6.

The Woman in the Window by A.J. Finn. Anna Fox lives alone — a recluse in her New York City home, drinking too much wine, watching old movies … and spying on her neighbors. Then the Russells move in next door: a father, a mother, their teen-aged son. The perfect family. But when Anna sees something she shouldn’t, her world begins to crumble. October 4 movie release date.

The Goldfinch by Donna Tartt. After his mother is killed in a bombing at the Metropolitan Museum of Art, young Theo Decker is taken in by a wealthy family and drawn into the dangerous underworld of art. October 11 movie release date.

The Good Liar by Nicholas Searle. Veteran con artist Roy spots an obvious easy mark when he meets Betty, a wealthy widow, online. In no time at all, he’s moved into Betty’s lovely cottage and is preparing to accompany her on a romantic trip to Europe. He thinks he has her right where he wants her. November 15 movie release date.