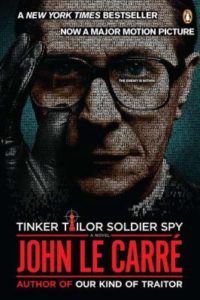 John le Carre, the master of espionage fiction, died this past weekend. A former MI5 and MI6 spy for Britain, his novels showed the solitary, cynical, morally ambiguous (and/or dubious) struggles spies and government officials operate in. I haven’t read any of his more recent novels like The Constant Gardener, which has a more corporate espionage bent to it. Instead I’ve mostly stuck to his Cold War espionage classics like The Spy Who came in from the Cold and Tinker, Tailor, Soldier, Spy. They are understated, tightly-wound character-driven thrillers where a throwaway sentence on page 5 becomes a major clue on page 201 when everything really kicks off. If you enjoy novels which show but don’t tell, le Carre’s books are right up your street.

But I want to use le Carre’s work to talk about a different book. One thing in those Cold War novels which always stood out to me was how dismissive of American spies le Carre seemed to be. He uses Americans as foils for weak-minded British bureaucrats who complied with whatever “the Cousins” asked them to do. I recently listened to Legacy of Ashes, a book in which reporter Tim Weiner lays out the history of the Central Intelligence Agency which suddenly made le Carre’s apparent disdain for American spies much more understandable for me. For its entire history, CIA leadership has used its influence to cover up how inept they are at fulfilling their purpose, to serve as an international intelligence service for the United States. Spies from other nations ran rings around the CIA throughout the Cold War and spies, even former ones like le Carre, knew it. And things have not gotten better in recent times. 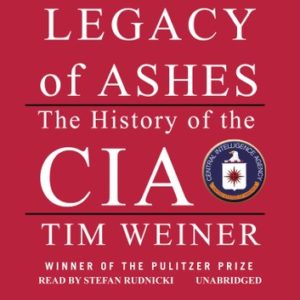 Have you ever heard the phrase, “Never meet your heroes”? Listening to Legacy of Ashes is like that, like meeting your favorite childhood movie star and finding out that they are a bad-tempered person who is not at all what you expected them to be. Weiner strips away the aura of omnipotence the CIA cloaks itself with and shows just how misleading that aura is. During the Korean War, the CIA’s “baptism by fire” moment, Soviet and Chinese spies had so deeply infiltrated the CIA that any agent sent into North Korea was immediately captured and either executed on the spot, or turned into a double agent to feed false information back to the CIA and then executed later. It is a pattern which repeats over and over in the history of the CIA. And it gave me new insights into le Carre’s novels. If those give us a sense how things look from the personal perspective of a spy, Weiner’s book provides the birds-eye view of those bureaucrats who shape how and why espionage is waged. Seeing these two visions juxtaposed makes for thrilling, if occasionally chilling, reading.

Much of John le Carre’s work is available through Heights Libraries or electronically as an ebook or audiobook through Libby/Overdrive.

Legacy of Ashes is currently one of Overdrive’s always available audiobooks (no waiting in line!). Or you can put the book (not the audiobook) on hold at Heights Libraries.