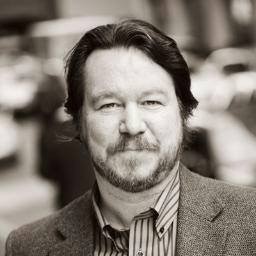 Local author, playwright, and journalist Christopher Johnston recently sat down with us to discuss his new book, Shattering Silences: Strategies to Prevent Sexual Assault, Heal Survivors, and Bring Assailants to Justice. As part of our ongoing Cedar-Coventry author series, Christopher will soon discuss his new book in conversation with poet Terri Witek, author of The Rape Kit. The event takes place at Heights Libraries’ Coventry Village branch on Wednesday, September 5th at 7pm. Check out the full interview below, and be sure to join us for an important conversation on September 5th!

How did this book come about?

Back in the fall of 2009, a good friend of mine asked me to co-author a book with him about the serial rapist and murderer Anthony Sowell. I wasn’t interested in writing about the crime and the criminal, but I wanted to see how my city responded to these horrific crimes. So, we went out and started doing interviews in the neighborhood, we talked to the police, experts at Cleveland State in the Urban Studies school, and others. My friend ended up finishing the book on his own, but along the way I had met a number of people who were providing solutions to these problems, and that was really more my interest. So I got involved with the Cuyahoga County Prosecutor’s Office and started going to meetings and interviewing people, including at the Cleveland Rape Crisis Center and the Sexual Assault Nurse Examiner Association and so forth. That really became the focus of the book – those professions that are actually helping people who have been hurt and also going after the offenders. 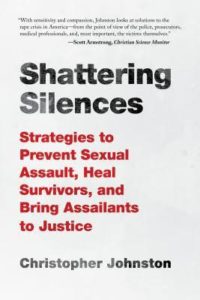 I think for me, the most striking difference is treating victims with respect, dignity, and compassion. That just wasn’t being done. And we still have a long way to go on this front, but we’ve come a long way. A lot of places have adopted Victim-Centered, Trauma-Informed approaches, which try to take into account what victims have been through physically, mentally, psychologically, and emotionally when responding to these situations. I’ve seen this change taking place across the country with a lot of organizations who are trying to make this kind of response standard practice. The other change is being more aggressive in going after these offenders. Those are the two biggest things, but there are other changes in the book –understanding the neurobiology of trauma, for example – that are gaining steam. These are ideas that not a lot of people knew or thought about even recently. Now, I think these approaches need to filter into the police academies, the training for first responders, to become part of the outlook for the people who deal directly with victims every day.

Was there anything that really surprised you when researching and writing this book? Any major takeaways?

I think the biggest thing for me came when I attended a national conference on sexual assault a couple of years ago. Everybody I met was there to help everyone else and share information and resources. The real revelation for me is just that everyone is out here working together – it’s not just in Cleveland, it’s not just in Detroit, but we’re all helping each other. It was really cool to see this national infrastructure in place that I just didn’t know about. It’s not just isolated pockets, it’s a national movement and it’s continuing to grow. So I think it’s actually very good news and very encouraging, even though this can be such a dark subject.

Can you tell me a little bit about your upcoming event with Terri Witek at Coventry in September?

Terri and I haven’t actually met each other yet, but I’m familiar with her poetry and I believe she’s from the Sandusky area. I’m going to talk about my book and she’ll discuss her latest collection of poetry, The Rape Kit. I think our works complement each other, because I’m writing about the response to sexual assault in a broader context, and her poetry deals with a very personal experience she’s had in regards to sexual assault. So I think it’ll be a good chance to address this issue from two different but complementary perspectives.

In addition to writing Shattering Silences, you’re also a pretty prolific journalist. Do you have any advice for aspiring or beginning journalists?

Looking back, the best thing you can do is just get out there and pitch good stories. You almost always want to have someone at the heart of a story, so find those interesting people and profile them – write about their work, their organization, or their company. It’s also a matter of doing the work every day, it’s not magic. I remember how I used to think things would just fall out of the sky, but they don’t – it’s a matter of doing the phone calls, emails, getting out in the community and getting connected. Also, I’m a member of the American Society of Journalists and Authors, which gave me kind of an instant national network when I first joined that I just didn’t have before. Look for opportunities to connect with people who are doing the kind of work you’re interested in, and get out there and start doing it yourself.

Obviously, some of the content of this book is very distressing. Did you come across anything in the course of writing Shattering Silences that gives you a sense of optimism or hope for the future?

Well, the book does share some difficult stories – I wanted to give context as to what the problem is – but while those components are there, they’re not the main focus of the book for me. Each chapter is a profile of someone working in this field, and so to me, it’s a very positive and inspiring book because these people are so heroic. They’re out there every day – this is their job and their mission, and to me, that’s very encouraging. The survivors I met with were also very inspiring to me, because some of them have reached a point where they’re now working as advocates for other victims of sexual assault. So for me, this is really a story of courage and resiliency. The focus is on these people and the work that they’re doing. In a broader sense, this book deals with some of the solutions we need to move forward in addressing these issues. I’m hoping it will add some ideas to the larger discussion that haven’t been there.

Check out Shattering Silences from our catalog here, or purchase a signed copy from Christopher on September 5. You can also tune in to Biblio Radio on wjcu.org to listen to a recorded version of this interview.