The first screen that appears when the computer turns on is called the desktop. Here, small graphics or pictures called icons allow the user to open files, programs and folders by clicking the mouse. 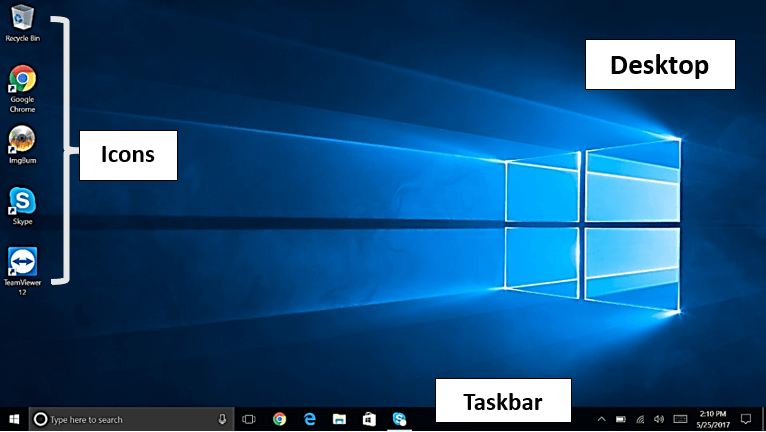 Along the bottom of the desktop and visible at all times is the taskbar.

The taskbar displays the number of windows currently open and allows the user to easily move between open files and programs. It also houses Quick Launch icons, the start button and the system tray.

Quick Launch icons are shortcuts to commonly used applications. These icons are accessible even when programs or files cover up the desktop shortcuts.

The system tray contains the date and time as well as other computer settings, such as volume and Internet connection.