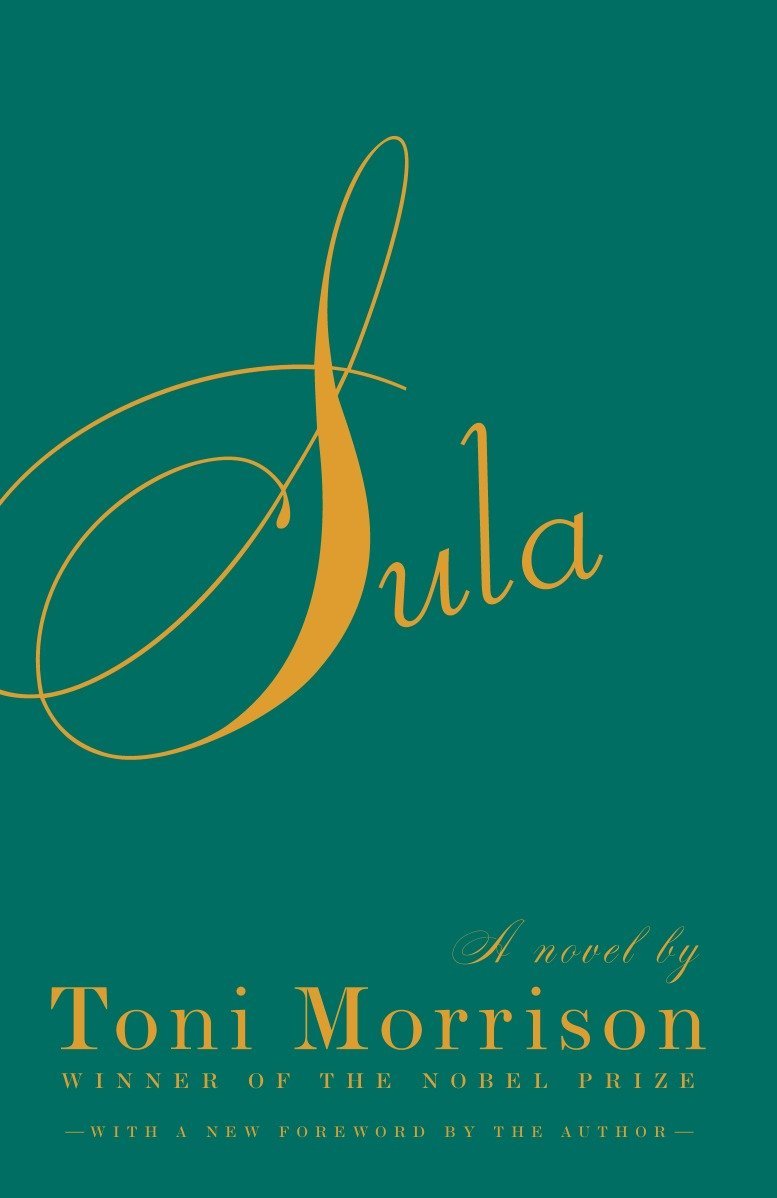 Jamaican-born author Marlon James has recently become one of my favorites. I have blogged about his novel Black Leopard, Red Wolf in the past, and will someday soon blog about the sequel that (finally!) came out yesterday. I also recently discovered that he does a podcast along with editor Jake Morrissey called “Marlon and Jake Read Dead People.” In it, they are given a theme and discuss/read books written by dead authors that fit that episode’s theme and talk about how much they love or hate the book/author in question. In several episodes, James mentions Toni Morrison’s Sula as a book which is a major inspiration for his writing. You can set your watch to him talking about Sula in this podcast—he literally mentions it in every episode. So, I decided to read Sula to see what the big deal was. Plus, I’d never read Morrison before. Why not start with Sula?

I’ve had time to sit and reflect on it since I finished it last December. Sula is an intensely intimate story, lyrically written to express the depths of feeling which swirl within every character Morrison writes. There are many characters that live in The Bottom, a predominantly Black neighborhood up in the hills near Medallion, Ohio, but the story truly centers on two women. Nel and Sula grew up together as inseparable friends whose devotion to each other helped them withstand the tumult of their childhoods. As time went on and they both grew up, their lives take separate paths. Nel stayed in Medallion, married, and became a pillar of the community. Meanwhile, Sula left Medallion and travelled around the country to experience the world. And when she comes back to Medallion after 10 years away, she instantly becomes a pariah for the folks in Medallion, for reasons that both are and are not her fault. But for Nel, Sula’s return brings some normalcy back to Medallion, at least for a time.

So, that’s the gist of the early plot, but there is a lot about this short novel that I am still having trouble putting into words. Morrison’s prose demands your attention. Every word she writes carries a weight while simultaneously maintaining a mysterious quality to them. I know deep down that Morrison is writing about deep feelings and profound experiences, things which she explains with delicate, frank excellence, yet I still found myself mystified by this story. I am still trying to come to grips with it. And only a powerful story can do that to a reader. Sula is truly worth a look, or a reread if you have read it before.

Sula is available to be placed on hold through Heights Libraries and Overdrive/Libby.